Monte Sant’Angelo is a town located in the province of Foggia, on the Gargano. The characteristic of Monte Sant’Angelo is that it stands on a mountainous area, the highest in the Gargano (843 m), located in a wonderful panoramic position on a spur south of the promontory, and ends in the plain on the sea in continuity with the gulf of Manfredonia.

The town of Monte Sant’Angelo can be compared to a geam set between the sea and the mountains in the unspoiled nature of the Gargano National Park. Among the wonders present in this area it is possible to admire: 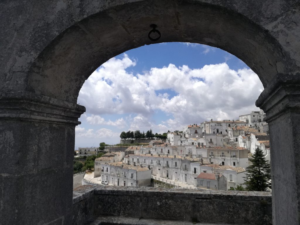 “Rione Junno”, the oldest and most characteristic district of Monte Sant’Angelo. It is possible to admire small and white houses of the “Rione”, which seem to be part of a nativity scene. In these small houses large families lived in spaces of less than 30 square meters, sharing the same roof with the pets of the time. Most of the houses in the Junno district have been transformed into accommodation for tourists, ideal for understanding that fantastic world and for absorbing “the essence of Puglia”. Venturing into the alleys of this unique neighborhood, among exciting views and scents of the past, is an once-in-a-lifetime-to admire. 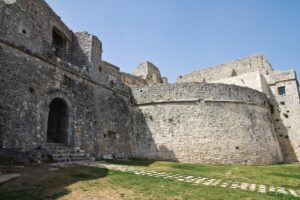 The castle of Monte Sant’Angelo, built by the bishop of Benevento, Orso I, between 837 and 838, in the highest area of ​​the town is located a few meters away from the “Basilica of San Michele Arcangelo”. Also referred to as the Fortress of the Gargano, it is made up of a tower, called “Torre dei Giganti” and is about 18 meters high. The Fortress hosted for a period Frederick II of Swabia and his favourite, the Countess Bianca Lancia of Turin; in fact, according to popular tales, the spirit of the countess still wanders inside. Several Frederick-style architectural works from this period have also been found, such as the “Treasure Room” characterized by a beautiful central pillar and oval vaults.

Sanctuary of San Michele Arcangelo, located in the heart of the town, registered in the UNESCO World Heritage List since 2011. Also known as the Celestial Basilica, because, according to tradition, it was directly consecrated by the Archangel Michael. The basilica is considered one of the major centers of worship of the Archangel in the entire West together with the sacred church of San Michele in the Susa valley and Mont-Saint-Michel in France. As few other places in the history of humanity, the famous Gargano cave is in fact characterized by a continuous and constant use for liturgical purposes which has made it the place of extraordinary historical and cultural stratification. Moving in the spaces of the ancient place of worship and descending into the sacred cave, according to the tradition consecrated directly by the archangel, means immersing oneself in a universe where history fits into faith and beliefs and then manifests itself in the most inexhaustible forms. Archangel Michael is usually represented winged in armor with a sword or spear with which he defeats demons in the guise of a dragon. He is the commander of the heavenly army against the rebel angels of the devil, who are thrown to the ground. In the book of Revelation, it is defined as a majestic being with the power to sift souls before Judgment. All this makes Monte Sant’Angelo not only a place of history and worship but also a place with the charm of the Mystery. 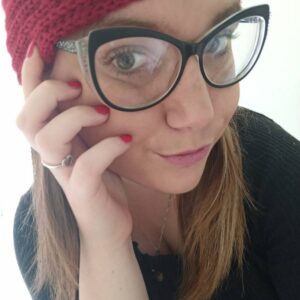 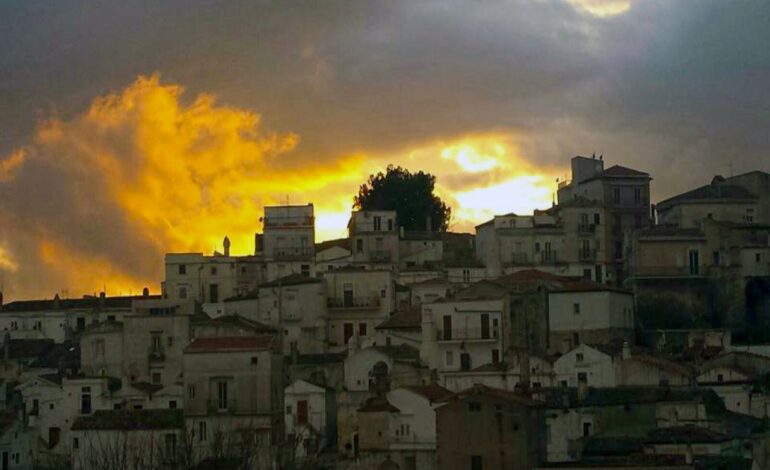 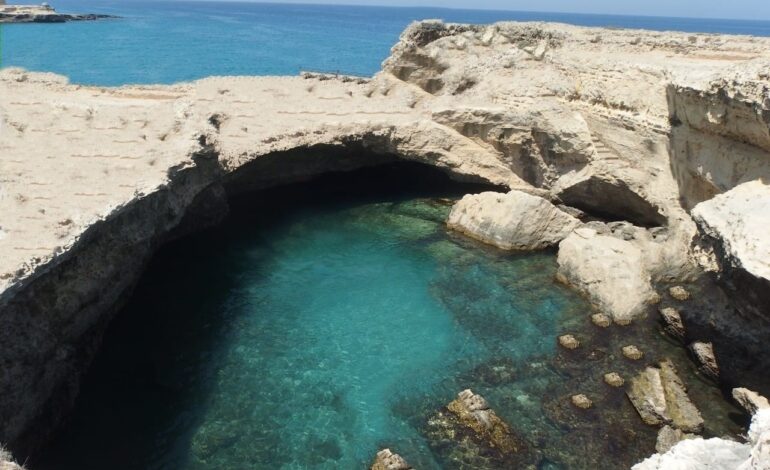