We all know what is a werewolf or lycanthrope, but every town has its own myths. Today I want to tell you a tale that was told between San Giovanni Rotondo’s streets, once a village and nowadays a town located between two mountains: Monte Calvo and Monte Nero.

Based on San Giovanni Rotondo’s tale, Lu Luprianare is a baby conceived the day of the Annunciation and born on the 24th of December at midnight. According to ancient beliefs, nobody could have been born on the same day as Jesus Christ and whoever was born on that day was cursed. Because of the curse on every full moon at midnight he would turn into a werewolf. While transforming he would become very quick-tempered and violent and he would attack the people of his town.

However, it is said that there is a way to break the curse.

On every full moon, a bunch of qualified and very brave men called Cercatori equipped with silver daggers, would go in search of the werewolf. Their purpose was not to kill the lycanthrope, but to hit him with the dagger and make a single drop of his blood fall out, so he would be going back to be human. Whoever succeeded in rescuing the werewolf would have been bounded with him forever.

In traditional dances Lu Luprianare is dressed in total white, to be easily recognized between the other dancers and to better depict the nocturnal scene by making him look like he is wearing a pyjama. The citizens are portrayed by women in a typical folkloristic attire called La Pacchiana (The commoner) with big colourful skirts and embroidered blouses. In contrast with the total white attire of the werewolf there are the Cercatori equipped with long black capes, lanterns and daggers.

Tales always have a kernel of truth; the myth of the Lu Luprianare is a result of the ignorance of the ancient population about illness like epilepsy. The behaviours of the people affected by epilepsy were inexplicable for commoners and so they connected it with supernatural things. 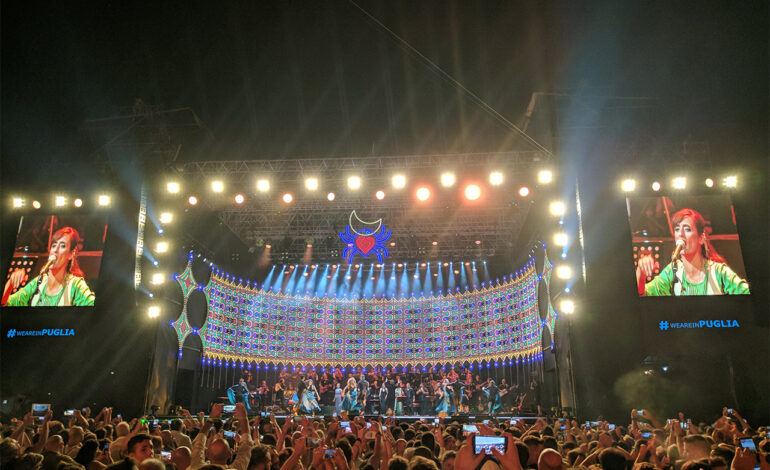